A Picture is Worth a Thousand Words

Here is his Lordship reclining in his favourite chair with his new "Cuddle Blanket" - a gift from a beautiful young lady! 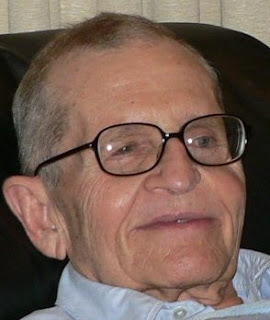 It only just occurred to me that some of you have not seen Lin in some time and might be wondering how he looks.
Well, he doesn't look deprived or neglected despite my best efforts! Perhaps benign neglect is a wonderful healer.
This photograph was taken on Wednesday night (today is Sunday), after dinner, when he was relaxing in front of the telly. He'd had chemo on Monday and just been liberated from "The Pump" on Wednesday afternoon.
All in all he's feeling reasonably well and seems (keeping fingers AND toes crossed) to be tolerating the chemotherapy. This time (2nd), he was put on a reduced dosage and so we hope his WBC and ANC counts will return to normal (whatever that is) for him to adhere to the schedule of chemo followed by two weeks of rest in between.
Last night we went over to a friend's apartment where we had a most enjoyable preview of the aerial parts of Singapore's National Day (August 9th)  parade performance. The aircraft flew in from the south and directly over us and we had ringside seats for the fireworks.
In some ways it reminded me of the 'Sea and Sky Spectacular' that takes place in Jacksonville, Florida, in early November. This event alternates between Jacksonville Beach and the Naval Air Station (NAS Jax) and features aerial performances on both Saturday and Sunday of the weekend of the 'Sea and Sky'.
When in Ponte Vedra,  have been fortunate to have been invited to enjoy a good friend's hospitality. This emant we could keep warm while while watching various aircraft fly by and doing stunts.
One memorable year the Stealth Bomber was there, and by golly it was truly stealthy. I could hardly hear it until it was upon us and, as far as sighting it goes, it was there for only a few seconds and then it vanished.
We had ringside seats on our friend's balcony and claimed that we could read the expressions on the faces of the Blue Angels (flying Boeing F/A-18 Hornets) aerobatic team as they flew by - right in front of us.
This team does some 70 shows a year throughout the USA and they fly in really close formation requiring practice, practice, practice, skill and rock-steady nerves. Even then there is a huge element of risk and they last lost one member in 2007.
But nothing I have seen in Florida can match Singapore's National Day fireworks display. This year's promises to be even more spectacular with the brand new Marina Bay Sands (resort and casino) providing the background.
Posted by AWH at Sunday, July 18, 2010