Situation Update and Don't Let Your Blackberry Get You Down...

We have had a busy few weeks, what with the long anticipated visit by pals from Ponte Vedra (only three short days), meeting Lin's nephew and his family (for the first time!) and then his latest health assessment.
His White Blood Count and Neutrophils were low again and so chemo has been postponed until Monday, December 27th.
In the meantime we met with the Prof. on Thursday to go through the reports of his CT Scan and lab work. Liver and kidneys profiles are fine although he still needs to drink more water.
He had a test for vitamin D (25-OH Vitamin D) which the Prof. says shows a higher level of vitamin D than he usually sees.
But on looking at the report I see that he has 46.9 ug/L which is within the sufficient range of 30 - 100.
(EXPECTED RANGES:  <10 is deficient, 10 - 29 insufficient, 30 - 100 sufficient and > 100 indicates possible toxicity)
It certainly shows the Vitamin D3 he has been taking works!
His scans were more interesting and I learned some new things.
CT of thorax, abdomen and pelvis:
There was  fatty change in his liver from last time (nothing to worry about), his two kidney stones are still in situ and not causing any problems.
Mild gynaecomastia was noted.
If you are curious, it means development of male breast tissue. I had been pooh-poohing his complaints about his chest area being sensitive and painful; but for once he was not imagining things!
Apparently it is not uncommon in those who regularly imbibe alcohol - when they have chemotherapy which affects their testosterone levels. Age also plays a part in lowering testosterone levels in males.
So there you have it! A consequence of the male menopause.
CT Brain:
Lin does not have a previous brain scan with which to compare this one.
However, it proves he has a normal brain for someone his age with the exception of "an 18mm extra-axial CSF density in the region of the right CP angle, which may represent an arachnoid cyst".
The Prof. discussed the scan with the radiologist and let us have a choice: to investigate further by undergoing an MRI or waiting and watching.
I did say to Prof. Wong that perhaps it was better to leave Lin's brain alone because Lin's balance is much better than mine (which I put down to ageing). Truly, he is better on his feet than many younger people.
Taking into account that Lin does not have headaches or symptoms such as problems with his balance, we decided to wait and see.
As for the 1.8cm possible arachnoid cyst, I suggested it might be a tiny reserve of red wine! (I did not think that was well received!)
In case you are interested:
extra-axial: off the axis; applied to intracerebral lesions that do not arise from the brain itself.

What are Arachnoid Cysts?

Arachnoid cysts are cerebrospinal fluid-filled sacs that are located between the brain or spinal cord and the arachnoid membrane, one of the three membranes that cover the brain and spinal cord.   Primary arachnoid cysts are present at birth and are the result of developmental abnormalities in the brain and spinal cord that arise during the early weeks of gestation.  Secondary arachnoid cysts are not as common as primary cysts and develop as a result of head injury, meningitis, or tumors, or as a complication of brain surgery.  The majority of arachnoid cysts form outside the temporal lobe of the brain in an area of the skull known as the middle cranial fossa.  Arachnoid cysts involving the spinal cord are rarer.  The location and size of the cyst determine the symptoms and when those symptoms begin.  Most individuals with arachnoid cysts develop symptoms before the age of 20, and especially during the first year of life, but some people with arachnoid cysts never have symptoms.  Males are four times more likely to have arachnoid cysts than females.
Typical symptoms of an arachnoid cyst around the brain include headache, nausea and vomiting, seizures, hearing and visual disturbances, vertigo, and difficulties with balance and walking.  Arachnoid cysts around the spinal cord compress the spinal cord or nerve roots and cause symptoms such as progressive back and leg pain and tingling or numbness in the legs or arms.  Diagnosis usually involves a brain scan or spine scan using diffusion-weighted MRI (magnetic resonance imaging) which helps distinguish fluid-filled arachnoid cysts from other types of cysts.
It's likely that this fluid has been there for some time - perhaps since he was a child. Or, maybe his head could have been knocked about playing rugby. But as long as it gives no trouble, there's no need to disturb its peace.
As I sit here before my computer to post this rather late update, it has just turned Christmas Day in Singapore.
A friend sent this video clip to me - watch it and tell me that you didn't like it!
http://www.youtube.com/watch?v=kAG39jKi0lI&feature=player_embedded#!
Posted by AWH at Saturday, December 25, 2010 No comments:

We Are What We Eat and Help ID A Local Plant

We should have been finished by now, but the WBCs and the neutrophil counts still delay the chemotherapy sessions.


On the good side, the side effects have not been as debilitating or painful as he had expected. It is certainly better to expect the worse.


In two days' time another blood test to see if he will be getting his chemotherapy (delayed from last week).


Still trying to get him to eat properly at mid-day and to drink lots of water.


The newspapers have been 'debunking' high doses of vitamin D3; I am going to continue on 5000iU with iodine as I have felt so much better since taking it.


I have been reading a book by an old friend, Betty Khoo Kingsley, called CANCER CURED & PREVENTED NATURALLY.

They defied doctors' prognoses. Some were given just weeks to live.
They all turned to Raw Vegetarian Diets & Herbs and Self-Help Strategies - Meditation, Creative Visualisation, Chigong, Yoga and, 10 - 25+ years on, are living full and productive lives.

Foreword by Dr Chris KH Teo, Botanist and Herbalist
Founder of CA Care with Herbs
Author of Cancer Yet They Live


Actually I go back to it from time to time. She has packed in rather a lot of information and I forget things I've read so I 'learn' it all again and again!


HELP IDENTIFY A DETOX LEAF:
These three photos show a shrub which is called (in Cantonese) the 'Seven Needle Leaf'. The needles grow in clusters along the stem, hence the name. The leaves are used in de-toxing which the locals believe will help in the cure.
The leaves are cleaned, torn and eaten as a salad (five leaves a day). The detox regime includes the juice of one raw organic potato and one organic green apple a day.


This came from one of the stallholders at Tiong Bahru market.


Questions: does anyone know the plant? What is it also known as? What is its botanical name? 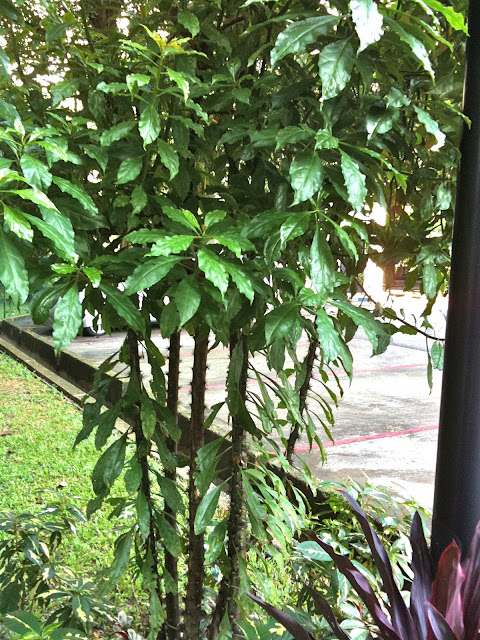 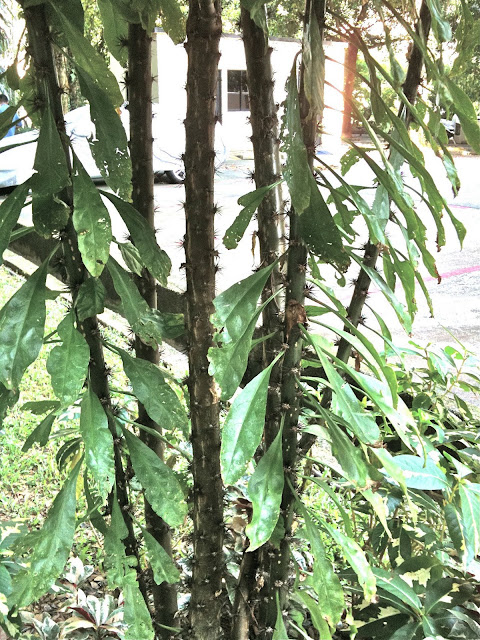 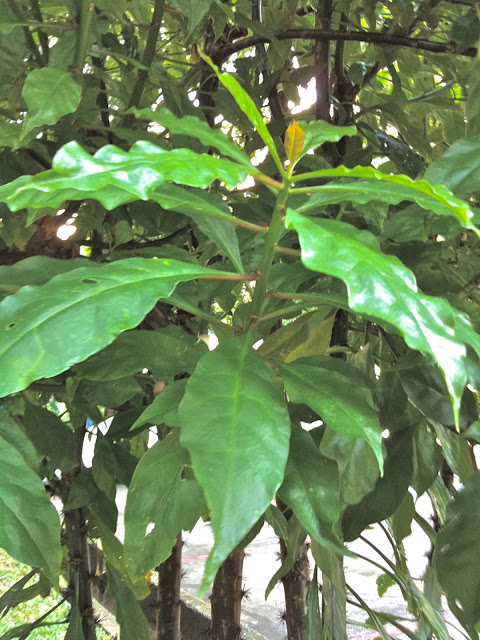